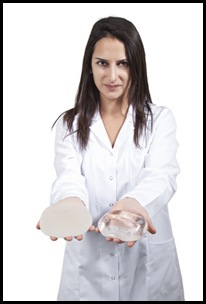 An avid listener to the BBC Radio stations will not fail to notice a series of six short tones broadcast at one-second intervals (1) to mark the precise start of each hour. When in May last year the pips went missing (2), a typical radio 4 listener (moi included), lost a sense of orientation. I didn’t write in but I understand Eddie Mair received a number of letters from confused listeners. In other words, the presence of the pips is a timely reminder of the time.

It is the unfolding PIP breast implants scandal that is a timely reminder of an issue which needs to be nailed down as we reconfigure our healthcare system. I want to use this piece to lay out explicitly what I think is happening and what I feel should be done about it.

As I stated before in my previous commentary on this: The NHS today is an admixture of public and private providers (3). It is well acknowledged that when something goes wrong in the private sector (like complication from operations etc), the NHS always pick up the tab because the healthcare requirement of the patient has become acute. That was accepted. I also said in my previous commentary that: You see, I love the NHS a lot and will like to deliver my services within the NHS framework but if I encounter inertia, then I have to say there is something else I love even more than the NHS: my patients. I will quite happily be a private provider with the NHS social constraints if I have to (4). As private providers attempt to increase provision within (and outside) the NHS, the PIP scandal is a timely reminder of the need to understand the ground rules. It also presents an opportunity to develop a framework for dealing with a glaring loophole in the system.

The story so far

The government set out its leadership position by forming an expert group led by the Chief Medical Officer to look at the evidence. The interim report (5) has been endorsed by the British Association of Plastic Reconstructive and Aesthetic Surgeons (BAPRAS) (6). It reviewed the available evidence and concluded that there is no clear evidence at present that patients with a PIP implant are at greater risk of harm. Mr Lansley set out in a statement to the Commons what that gold standard service of care should look like (7). He expects all the private operators to follow that standard of service to their patients.

Harley Medical Group (HMG), one of the largest provider of these implants in the UK has come out, through its Chairman: Mr Mel Braham, to say it will not be providing replacement breast implants (8). That is a shame because no one will want to see HMG go out of business but the MHRA argument advanced by Mr Braham is a red herring. If the significant majority of these implants are provided by the private sector and the current evidence is insufficient, then you have to ask if the rupture rate for these implants were fully disclosed to the relevant authorities in order to make an informed decision. I am not suggesting that anyone is withholding information but it is also conceivable that the data on this is still evolving. In medicines, when a drug is launched, there is still a system of monitoring (post-market) which might result in the withdrawal of the product in light of new adverse effect or event. I have commented in the past about parts of the MHRA that require improvement (9) but the statement by Mr Braham is unfair, in my view. It might well be that HMG and other private providers (those still in business) are trying to mitigate their liabilities but nonetheless, my concern is for the patients and all concerned must do everything to make sure that the patients receive the highest standard of care as laid out by the NHS.

This case is timely and offers an opportunity for the NHS to consider a range of options to address this loophole. The NHS will support the patients but should recover the cost from the private providers (Mr Lansley has been explicit on this point). It should do so systematically without necessarily forcing the private provider out of business.

The time might be fast approaching for the government to mandate all private providers of healthcare to contribute to an insurance fund to mitigate against this sort of problems in the future. The size of such contribution being proportionate to the size of the private provider, the complexity of procedure provided and the claims against a provider. A model can be worked out, I trust.

The government bailed out the private banks which resulted in a huge bill on the taxpayer. The NHS is the backstop for people’s healthcare and as private provision increases, it will be a surprise if the government allow the taxpayer to accept unlimited liability for problems which has its origin elsewhere. A robust insurance model should limit the taxpayer’s liability.