Who mackem, who tackem and who usem? 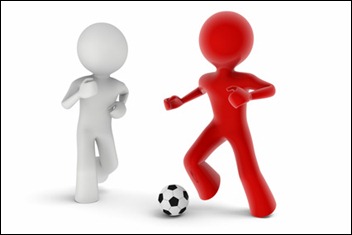 If you have ever lived in the North East of England you will understand the rivalry between Sunderland and Newcastle. I spent about 6 years in the North East of England studying at the prestigious, to me in any case, School of Pharmacy in Sunderland and the equally prestigious Northumbria Business School in Newcastle. And in between the two, we have Gateshead, which hosts the Angel of the North. It takes the intersession of the angels to prevent what is sometimes acrimonious rivalry to turn into something more sinister. As an outside observer then (because I consider myself an unofficial Mackem and Geordie now), I used to wonder what the point was. To me at the time, they spoke with the same ascent which I could hardly understand anyway. So when the Geordies use the supposedly derogatory term Mackem to describe the people from Sunderland you wonder who’s got the last laugh now (1). I am of course referring to the ship making days when the people of Sunderland make the ships and the people from Newcastle take those ships for fitting (hence Mackem and tackem). Fitting ships was considered to be more skilled compared to the more physical role of assembling the hull. As we are now in a time when the emphasis is on re-balancing the economy to a position where we make things again, being a Mackem – the people that makes things – has never been cooler. I hope the people of Sunderland (in particular) and people of the North East (in general) will dig deep into that heritage (with the help of government) to re-balance their economy to a position where they make things again.

I raise the above issue to illuminate the concept of rivalry (and competition) and co-operation as it relates to the current PIP breast implant saga which I eluded to in my previous post (2). 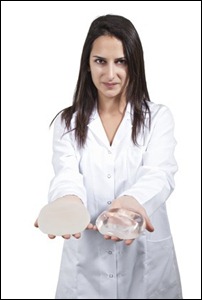 If the Mackems and the Geordies can compete fairly on the basis of who can make the better ships or who can performs better on the football pitch, then that is the rivalry that the angels will approve of. In the UK there is a myriad of cosmetic surgery providers each competing for your business. We all want them to compete on the basis of who will gives you the best quality of care that is grounded in evidence. We do not want them to compete on the basis of some fancy advertisement campaign. In fact the British Association of Aesthetic Plastic Surgeons (BAAPS), is now calling for an outright ban on advertising of all cosmetic surgery (3). We also want those that can deliver a high standard of care to the patient even when things go wrong and not those who attempt to shy away from that responsibility. The angel: The NHS, has set out a standard of care to these organisations. Some will match it, some will better it and some will fall short of it. You have a choice to make. Choose your private provider wisely next time. The following is a collection of the response of the private providers to the PIP scandal:

How does the providers fair?

Since the first MHRA alert regarding PIP implants in March 2010, BMI Healthcare has prioritised patient care by providing clinically indicated diagnostic imaging and removal of ruptured PIP implants at no cost to individual BMI patients. We have already sympathetically treated a number of patients in this way.

BMI Healthcare’s commitment to patient care remains its core priority and, whilst at some stage there will need to be a financial reckoning with those responsible for putting these implants into the UK market, we do not believe patients should be kept waiting whilst this is resolved.

Spire Healthcare’s foremost priority is always the safety and wellbeing of our patients.

Current MHRA guidance is that there is no evidence of toxicity or adverse health effects arising from the filler in the PIP implants. However, we take our responsibility to our patients extremely seriously and have become increasingly concerned by the level of anxiety they will be facing.

We are therefore offering every patient treated at a Spire hospital a free consultation with a specialist consultant surgeon and a screening scan. If, following clinical advice from the consultant, the patient chooses to have their implants removed and replaced, Spire will arrange this free of charge.

Additionally, women who choose not to have their implants removed will also be offered a follow-up scan in two years’ time, or earlier should they have any concerns.(7)

Nuffield Health only used a small number of these implants in only a few of our hospitals, however we would like to reassure any of our patients who might be concerned that, if there is a clinical need to do so, we will cover the cost of investigating or removing your implants.

However, our key ambition is always to do the best for you, our patients, and should any procedure carried out at one of our hospitals give cause for concern, we have always, and will continue to, take responsibility to resolve outstanding issues. This includes PIP breast implants…(8)

Please note that this aftercare is effective from 17 January 2012 and may be subject to future modifications.

Offers free removal on all PIP implants plus a range of paid replacement options.

Offers free removal to a specified group of PIP implants (those fitted between 2001 – 2009) and a range of paid replacement options.

Will charge you to remove PIP implant or send you to the tax payer to have it removed for free.

There are other providers who have identified on their websites that they have never fitted the PIP implant but are willing to alley your concerns (at a price of course). Notable amongst these is:

The North East ship making model is an example of co-operation. The Mackem made them and the Geordies took them for fitting. If there is only an opportunity to have just one ship making yard, them this degree of co-operation is necessary. It doesn’t make the hard-working folks in Sunderland less valuable. If they don’t make it, there will be nothing to fit. Making it need not be derogatory. The same analogy extends to the co-operation between health professional in a multi-disciplinary environment. The aim being to make the best ship that will rival any in the world or to provide the customer with the best quality of care. Everyone needs to understand their skills and be the best at it. No skill should be regarded as better than the other.

It is important therefore that the co-operation between the makers of the uncontroversial breast implants and the fitters of these breast implants has contributed to forcing the cost of replacement down.

The lesson of all of these? It doesn’t matter who mackem or tackem: The only people that matters most are those that usem and we must all do what it takes to alley their fear. If you are facing the people that usem, then your first priority is to take responsibility.

The information on this site is provided 'as is' Whilst we stake our reputation on producing the most accurate information (and employ reasonable care and skill in providing this site's content), we cannot warrant that the information is accurate, complete and up to date. Neither can we guarantee uninterrupted performance and durability.
Click here to read our complete terms and conditions.
This website uses cookies to improve your experience. We'll assume you're ok with this, but you can opt-out if you wish.Accept Read More
Privacy & Cookies Policy
Necessary Always Enabled