How does one know? 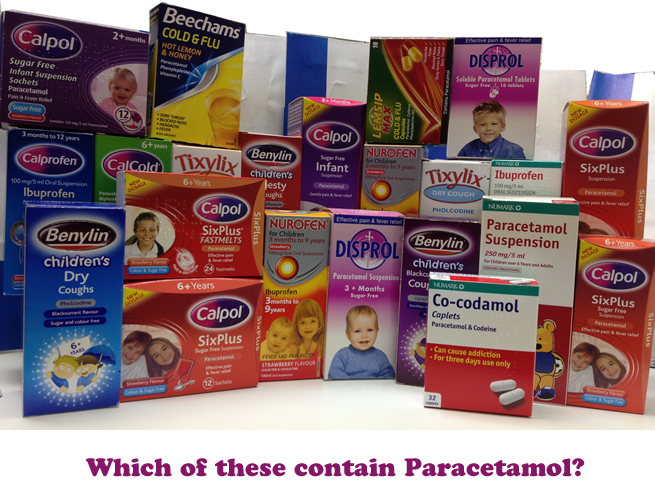 The results of a recent YouGov survey conducted on behalf of the Royal Pharmaceutical Society gave me a great cause for concern. The first survey was completed from 10-15 February 2012 by 7,755 UK adults and the second survey from 17-22 February by 7,505 UK adults. (1). 1 in 6  (17%) surveyed parents of children aged 12 or under did not know that Calpol, one of the most popular products used in children’s treatment contained paracetamol (2). We also know that there is increasing number of different products over the counter that has Paracetamol as the main ingredient. Can you guess which products in the picture above has paracetamol in them (answer below)? Paracetamol is a useful drug but given in excessive quantities, can damage the liver in children: That is what the experts say.  Steve Tomlin, Consultant Paediatric Pharmacist was quoted as saying:

The question I am posing here is the question I expect parents of children to pose: ‘How does one know?’ It is possible to know in the following ways:

Read the information on the box and information leaflets contained in the box
If unsure clarify this with your local pharmacist; after all that is what they are there for
If you have any doubt whatsoever, check first with GP or Pharmacist before giving your child any medicine – Stay Safe

More than two-thirds of respondents with children under 13 were unaware that paracetamol is found in Disprol (68 per cent), Medised (79 per cent) and Medinol (76 per cent). Please, always make the right choices for yourself and your child. I guess as a Pharmacist, I will always be looking for opportunities to increase my customer’s awareness of this issue.

The new paracetamol dosing guideline is as follows:

Answer can be gleaned from this article. 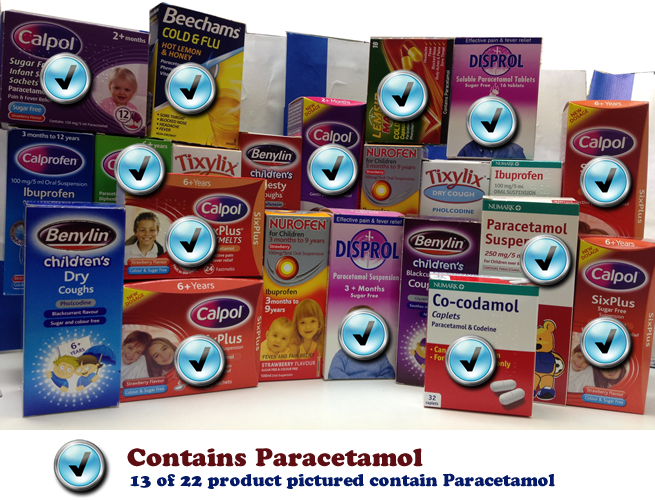