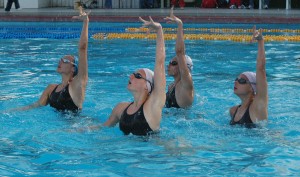 With glowing hearts, United States of America bagged 9 Gold medals, 15 silver medals and 13 bronze medals in the recent winter Olympics in Vancouver. A total medal haul of 37, seven more than their closest rival, Germany. Great Britain, on the other hand, came joint last with Estonia and Kazakhstan (is that not Borat’s country? – Jagshemash!). Amy Williams, now a legend in the women’s skeleton, bagged the only medal for team GB. I sure hope Amy, who honed her skills in Bath, is displaying a glimpse of great things to come from team GB in the London 2012 Olympics. As the Olympic flames pass from Vancouver to London, it is the Olympic sport of synchronised swimming that is exercising my curiosity. And this is relevant to pharmacy in the UK today!

What is the relevance of this to pharmacy? It is simple. The Royal Pharmaceutical Society of Great Britain (RPSGB) as we know it is changing for good. Later this year, the regulatory arm will separate from the leadership arm. If one of the factors underpinning the change relates to attempts to give clear and better leadership to the professional pharmacist, then the fact that the change is going ahead is a tacit acceptance that this is necessary. I couldn’t agree more. It is also an attempt to put behind us the problems that had dogged us in the past. A way forward has clearly been mapped.

In the recent election to the Assembly, only 21% of eligible voters, exercised that choice in the English Board. Whilst this was a better turn out than in previous elections, it was still unacceptably low. The ‘stop remote supervision’ camp got their voters out. That is encouraging. What happened to the silent 80%? The “million dollar” question is how does the profession engage with the silent majority? I have a suggestion and it can be found in the Olympic sport of synchronised swimming:

The argument goes thus: If the steps being taken by the society to separate the leadership and regulatory arm is the right thing to do (I certainly think so); then organisations which employ pharmacists (notably multiples) must review their management structure. Their structure must now mirror what is happening at the new RPSGB. A pharmacy leadership champion must be appointed at a reasonably high organisational level who will have specific remit: Build a motivated, independent and professional pharmacist workforce which is confident to engage with the profession at large and quite comfortable to defend the company’s positions. That will of course differ from the disenfranchised workforce which we are currently seeing in some instances. It will be a position of leadership for a suitably qualified candidate who can gain the confidence of his/her professional colleagues.

The society, our society is moving ahead. To continue to play an important part in pharmacy, organisations that employ pharmacists must adapt to the changing landscape and embrace a new type of strategy. A strategy that will instil confidence in their pharmacy workforce. Appointing a suitably qualified person with relevant track record is a start. So swim with us and let us win loads of gold medals together.